The Traditional Grand Rijsttafel (translated as the Rice Table) featured in each property of the Tugu Hotels & Restaurants Group, portrays the sumptuous social feast that used to be celebrated by the Dutch plantation lords when they hosted their honorable guests, starting from around the 1910s. The Grand Rijsttafel is a display of the richness of the spices that grew in Indonesia as well as the culinary arts of the indigenous people, as seen from the many different flavors which were all brought together to make the one elaborate Rijsttafelmeal.

The composition of the menu consists of dozens of flavors and presentations mainly from the island of Java.Each of the dishes that contributes to the Grand Rijsttafel is served by one waiter, adding up to an impressive total of waiters uniformed in colonial style clothing, who led by the maître d’hôtel, line up and serve their part extravagantly in front of each guest. The number of waiters who serve the Rijsttafel also depends on the number of the menu presented, therefore can be 2, 12, 22, 32 or even more waiters. The maître d’hôtel expertly explains miscellaneous menu to the host of the party who is usually seated at the end of the table.

The Rijsttafel is not just about the extravagance of the service and the number of dishes served, but it is presented to inspire nostalgia for the romance of Indonesian the bygone years. Tugu Kunstkring Paleis features a particularly unique ‘Rijsttafel Betawi’ which cannot be found anywhere else in these modern days, where the menus are served in a distinctive Betawi atmosphere as it was once served at Hotel des Indes, Batavia, a beautiful old hotel where the Rijsttafel was made known for the first time. This legendary hotel had been completely demolished and replaced by a shopping complex on Jalan Gajah Mada, Jakarta.

Grand Rijsttafel Betawi of Tugu Kunstkring Paleisis usually served in the ‘Ruang Diponegoro’, with a capacity of 85 seats. The waiters, uniformed in Betawi circa 1910 style, present the dishes in the artistic ‘pikulan-pikulan’ Betawi. This ceremonial dining is enlivened by musicians who usually perform the festive, traditional music of the ‘Ondel-Ondel Betawi’, a pair of colorful giants characteristic of old Jakarta street parade.

For a more intimate atmosphere for smaller groups, The Rijsttafel Betawi at Tugu Kunstkring Paleis can beserved at the beautiful private room the Colonial Rijsttafel Room, decorated with old photographs, in tribute to the golden years of the original Hotel des Indes in Jakarta. The Rijsttafel Room has a 6 – 8 seating capacities. 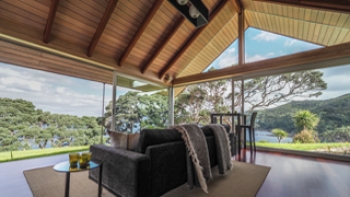 The Glasshouse at Kauri Mountain Point

The Life you Want to Live