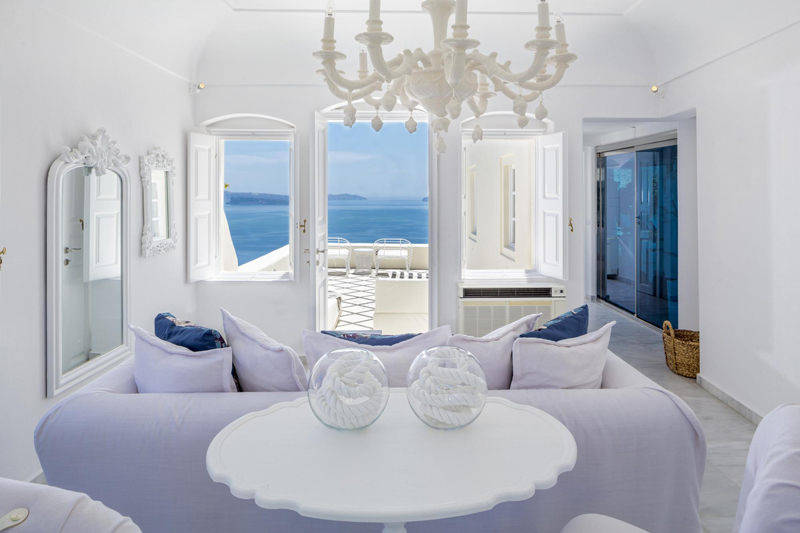 Small Luxury Hotels of the World (SLH) has announced Canaves Oia Suites in Santorini, Greece, as Hotel of the Year at the SLH Awards 2018.

A blissful blend of island tradition and architectural inspiration, the hotel has been described as ‘very nearly perfect’ and is one of seventeen hotels in SLH’s 500+ strong portfolio of independently minded hotels that were honoured with top distinctions this year. The awards highlight excellence in everything from dreamy designs and breathtaking suites, embracing social media, the environment and the local community.

Three new accolades were introduced to the SLH Awards 2018 including Dreamiest Design Hotel which was won by Liostasi Hotel & Suites in Greece, Most Independently Minded Experience which was awarded to Orania.Berlin and Best Family-Friendly Hotel which was discerned to Gaya Island Resort in Malaysia.

Meanwhile, Cap Rocat in Mallorca, The Tokyo Station Hotel in Japan and Porto Zante Villas & Spa in Greece were all deemed by SLH guests and agents to have the best spa, restaurant and suites respectively, and Casa Angelina Lifestyle on the Amalfi Coast was voted Most Romantic Retreat.

Member hotels were also invited to submit entries to applaud their own innovation and high levels of service, judged by SLH’s panel of experts:

Ka’ana Resort in Belize received the Caring Luxury Award based on its outstanding green credentials, its use of local amenities and its contribution to the local community through the creation of scholarship funds, bathroom rehabilitation projects and an environmental program

Canaves Oia Hotel in Greece was awarded Best Hotel Video for “Canaves Oia —Where Time Stops” showcasing a unique cinematic style and engaging narrative that depicts the hotel as a timeless holiday retreat.

SLH’s Mystery Inspectors also had their say based on their experiences whilst staying at each and every one of SLH hotels over the last twelve months, with Hotel Villa Carlotta in Sicily coming out top based on a combination of guest reviews, inspection scores and overall quality rating.

And finally, the annual award to recognize a significant newcomer to the SLH family this year was designated to Domaine Misincu in Corsica. Since opening in July 2017, the hotel has received an unprecedented level of interest, press coverage and reservations.

Jean-Francois Ferret, CEO of Small Luxury Hotels of the World™ said: “As curators of the most individual, intimate and intense hotel experiences around the world, we are delighted to celebrate these exceptional hotels that showcase our independently minded ethos in such distinct, diverse and delightful ways.”