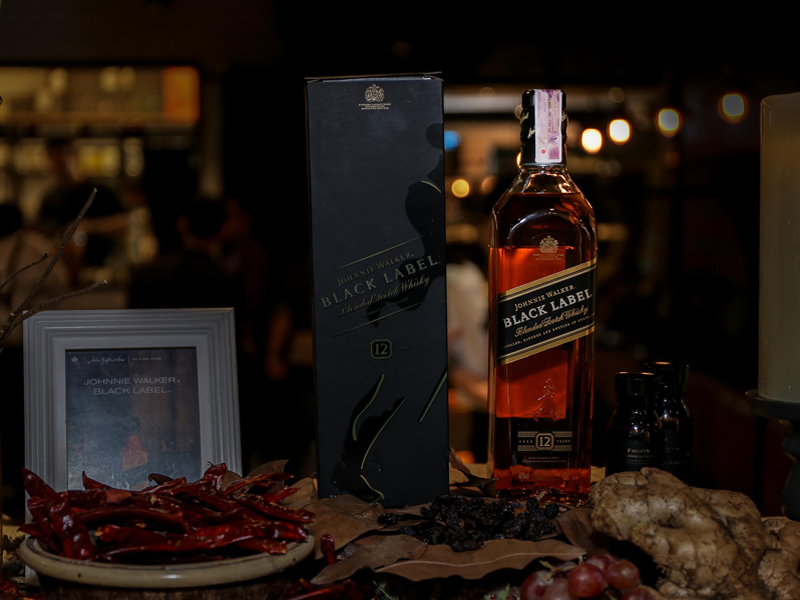 Johnnie Walker got its start over 200 years ago in a small grocery store and is now found in around 200 nations across the world. As the brand’s global ambassador, Ewan Gunn says he’s been to 78 countries to share the sublime secrets of scotch.

On hand at Red and Co. at Plaza Indonesia for a tasting of select Johnnie Walker scotches, Gunn spoke of the vibrant cocktail scenes he encountered in Bangkok, Ho Chi Minh City, Singapore and Manila before reaching Jakarta.

Cocktails? gasp purists, aghast at the thought of mixing their favorite elixir. Why not? While the Old Fashioned may be out of fashion, there’s no shame in sipping your scotch that way, according to Gunn. “I like the more modern approach of cocktails or serving [scotch] in long drinks, getting people over the barrier of its full-bodied flavor.”

The venerable spirit has been made more welcoming through cocktails, reaching a younger audience that might have dismissed scotch as old school, he adds.

"Once you start to develop a curiosity for flavor, scotch is the natural direction to go in. It’s like the first time you tried coffee or red wine. You weren’t sure about this, but you persevered. Scotch is the same.”

Before the tasting, Gunn offered a pro tip for savoring scotch. Hold a generous sip of ice-cold water in your mouth for 10 seconds. Chilling sharpens the taste buds and preps the palate to appreciate the flavors to come. 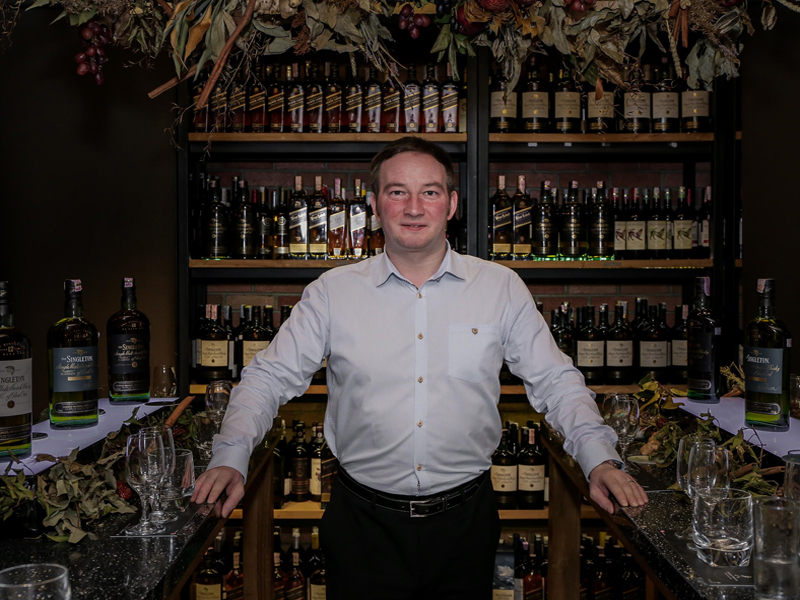 Our first sip was of Johnnie Walker Gold Label Reserve. "Stare, ponder and enjoy,” Gunn says, encouraging me to look at the layers as I bring my glass to eye level. The layers settle slowly, showing the Gold Label’s viscosity and hinting how it would cling to the palate. Gold Label, which has at its core a waxy, creamy single malt from Clynelish, coated the tongue with a honey sweetness.

Next was a glass of Johnnie Walker Platinum Label, a blended whiskey from all four corners of Scotland that offered a perfect blend of aroma, flavor, taste and texture. The Platinum Label, which was matured in oak for 18 years, coated the palate with a smooth creaminess.

“A lot of people focus on smell and taste, but when [blenders] are creating a great whiskey they’re also thinking about texture and how it will feel in the mouth.”

The tasting ended on a divine note with a glass of Johnnie Walker Blue Label, a scotch so rarified that only one of every 10,000 casks from the distiller make the cut. Blue Label offers a multifaceted blend, with more and more layers of flavour detected on the palate with each sip. “Sit and enjoy,” Gunn counsels of the Blue Label. Spend a long time, even a half hour, with one glass and see how its taste develops.

Afterwards, I spoke with Ewan about more advice for would-be imbibers. His answer: Don’t be a snob when about the rivalry between single malts and blended scotches. "They’re both great. They both have their place–and one certainly isn’t better than the other.”

After all, it’s a blend–12-year-old Johnnie Walker Black Label–that remains Gunn’s go-to drink. “You’re getting Scotland in a glass,” he says. “The lowlands, the highlands….all working in harmony. Whatever mood you’re in–whatever flavor you’re looking for–is in that glass. It’s a testament to the skill of the blenders to hold all of Scotland in one hand in your glass."

Scotch whisky’s full-bodied flavour can even move a taster through time and space, Gunn adds. "It’s not that scotch smells of this or tastes of this,” he says. "It’s a liquid that can transport you in a second to a moment in your life.”

As an example, he recalls with fondness his first encounter with scotch beyond the stolen sips of childhood. Ewan was sitting by the sea with his father on the Isle of Islay in Scotland, at his grandparents’ house by the Lagavuilin distillery.

“He poured me a glass and I’ll never forget that moment. It just blew me away. I couldn’t really comprehend at that moment why this glass of liquid had so much fire to it.”

Eighteen at the time, Gunn said his dad may have that assumed the taste of scotch would put his son off drinking in college. The plan backfired. “I fell in love at that moment, with the complexity, the style and the flavour of scotch–and because I was enjoying it at that location, it meant so much.”